We live in Minnesota where winter means crazy cold. Luckily for us, it means we can also try our hand at all the cold weather things we find on Pinterest, like frozen colored water balloons.

You’ve seen the pin. It says something along the lines of: In the winter, fill balloons with water and food coloring. Allow them to freeze solid, then cut the balloons off and use the frozen spheres as decoration.

Back in the day, before my sons were teens, we decided we’d try this out. It was a colorful experience, to say the least.

Frozen colored water balloons: how to do it 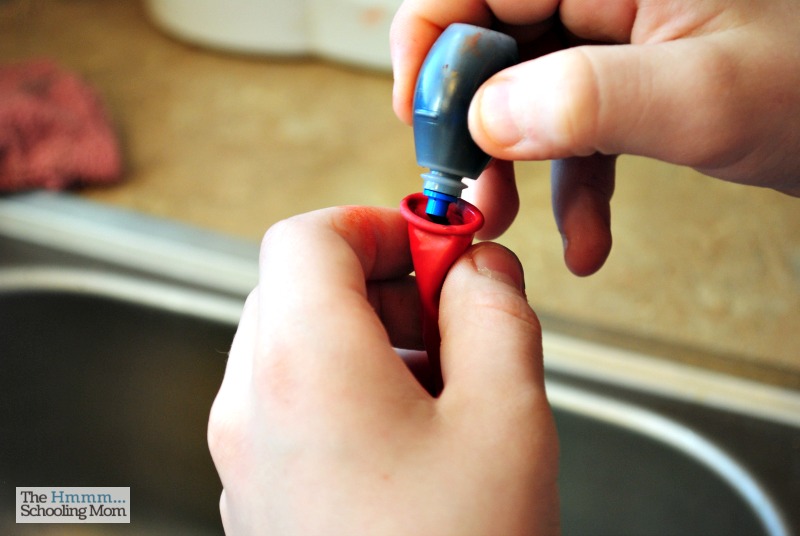 Because we don’t have a fancy water balloon filler attachment, we filled the balloon just a little bit with water through a funnel to start this. This was just because I thought it would help keep a lot of the food coloring that had dripped onto the mouth of the balloon off my faucet.

Which really only mattered because I was having a fancy Christmas-type get together the next day and didn’t want a tie-dyed faucet.

I’m not sure if this step actually did anything…or just made me feel better about my shiny silver faucet. 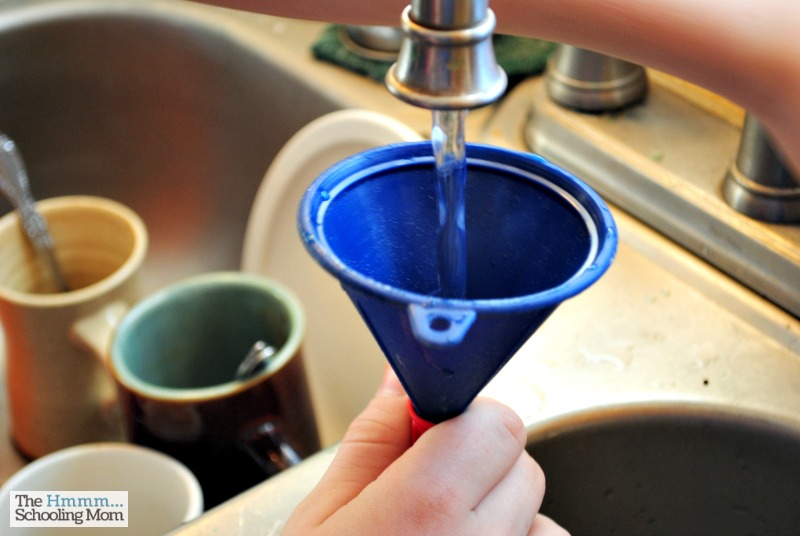 Then we put the balloon on the faucet and filled it up more. 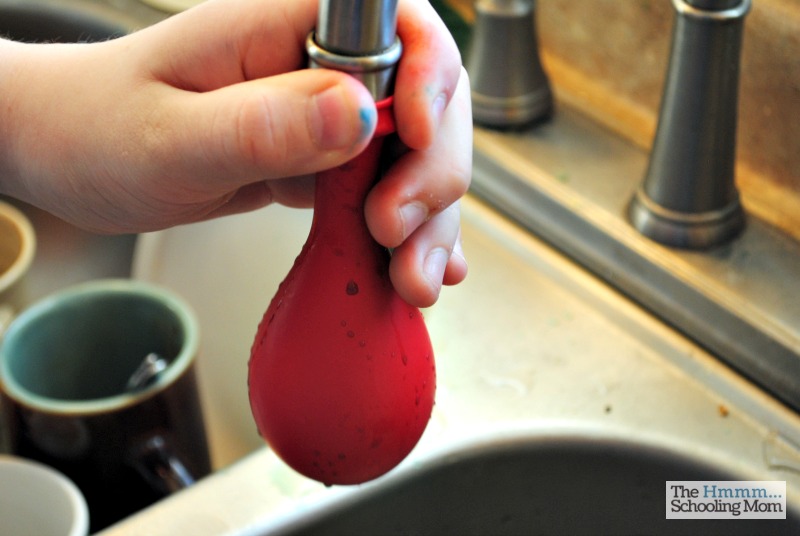 We chose not to make enormous balloons like the ones shown in the original pin. We decided our first attempt would be smaller balloons. 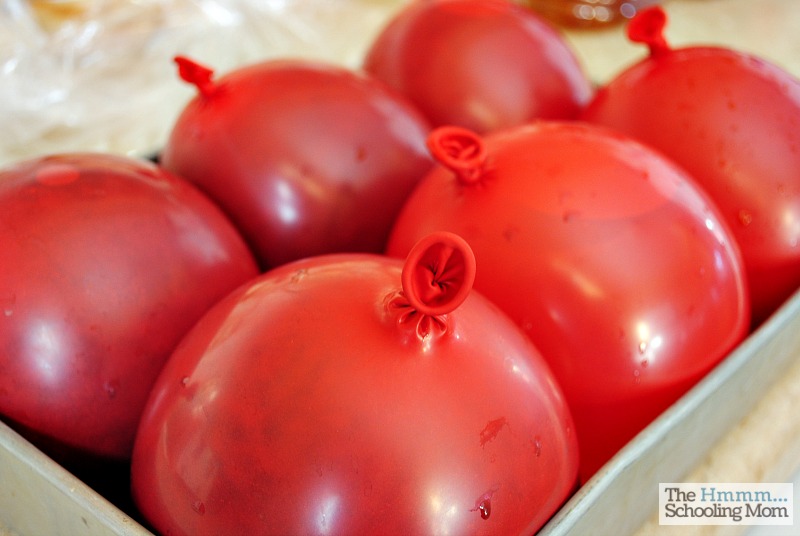 Now came the sciency part. Since it was so cold on the day we did the experiment, my sons suggested we should put three of the balloons outside in the snow filled bird bath… 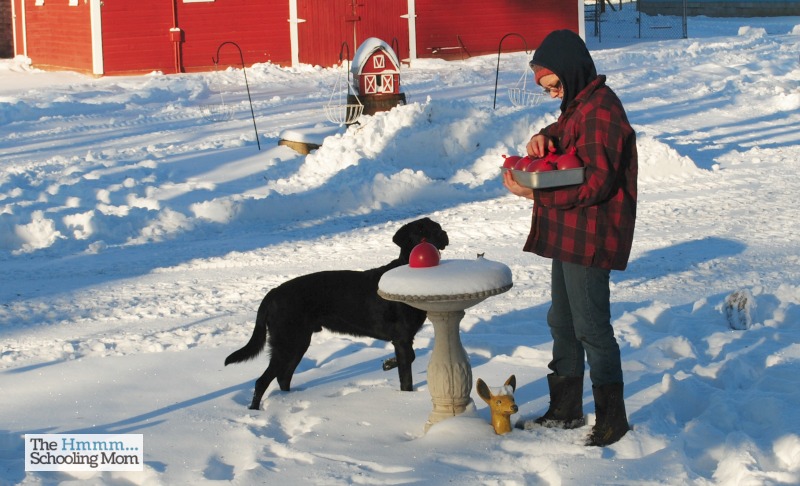 …and three of them should go in our freezer. 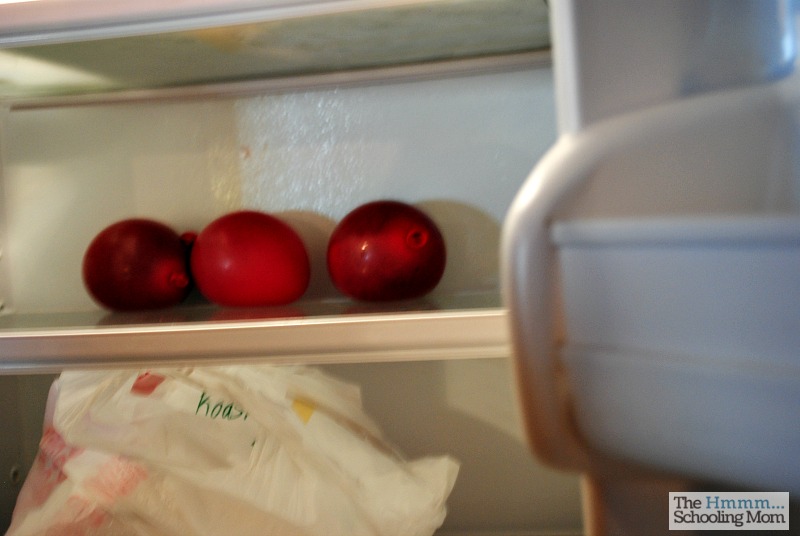 My sons hypothesized that because the temps outside were way below freezing, the outside balloons would freeze faster.

But, science…it will get you ever time. What they found out instead was that because the balloons were actually insulated in the snow of the birdbath, they actually froze much slower.

Ultimately we let both sets of balloons freeze overnight, and impatiently waited for the next day it was time to bust those babies open and decorate our yard.

So. The results of the frozen colored water balloons experiment?

So did it work? 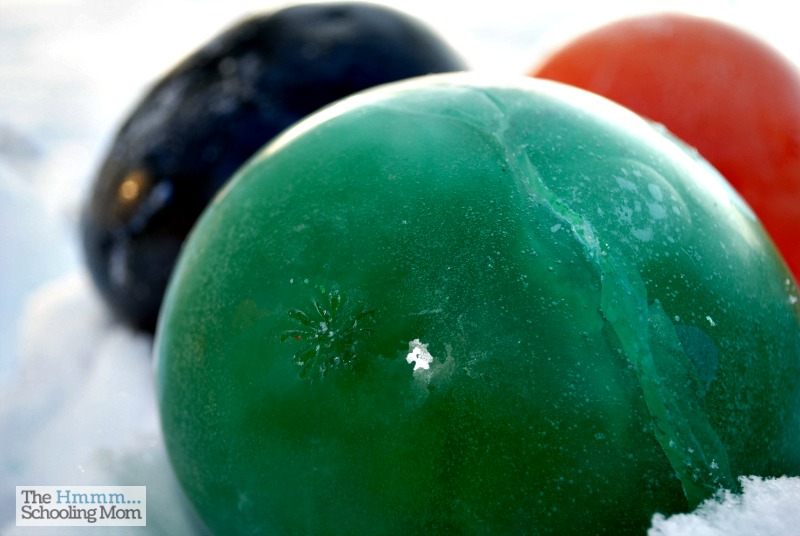 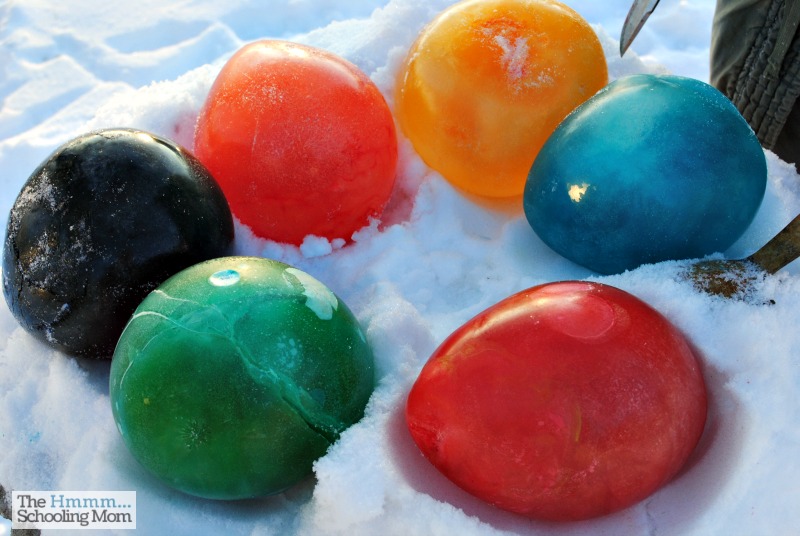 The potential for hand stain-age is high; wear gloves. 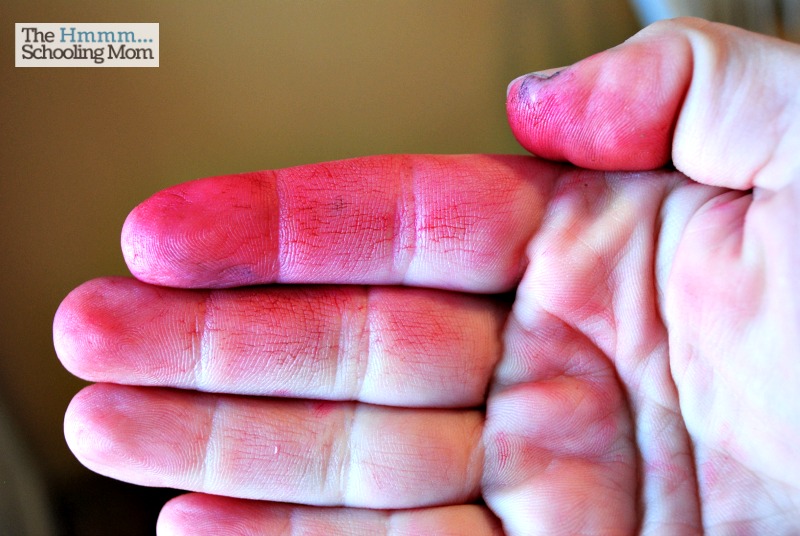 About the shape of the frozen colored water balloons…

The boys also pointed out the balloons that had been frozen in the freezer were more jelly bean shaped than the ones that froze in the cushion of snow. We hypothesized that if we had filled the balloons more full, perhaps sitting on the shelf of the freezer would not have flattened them out as much.

But those detective-like kids of mine also noticed that in the original pin’s picture, the frozen colored water balloons are sitting in the snow so you can’t tell what the bottom side of them looks like.

So did we bust the pin?

Nope. But that’s okay, because now our bird bath is the most festive one around. 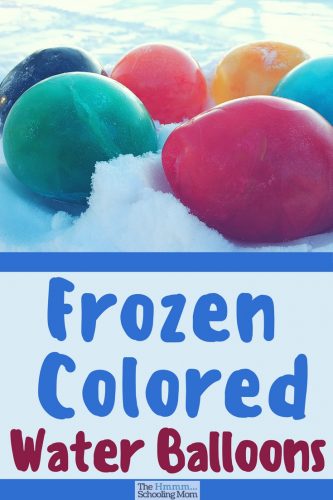 Looking for a couple more experiments to check out? Try:

How to Make a Chocolate Bowl with a Balloon

How to Cut Glass with Yarn

How to Make (and Not Make) a Glow Jar

email
Filed Under: Homeschooling
Tags: Activities
Homeschoolers: Stop Freaking Out About Holiday Family Get-Togethers
Will Coke Dissolve a Tooth? (and Other Coke Experiments)